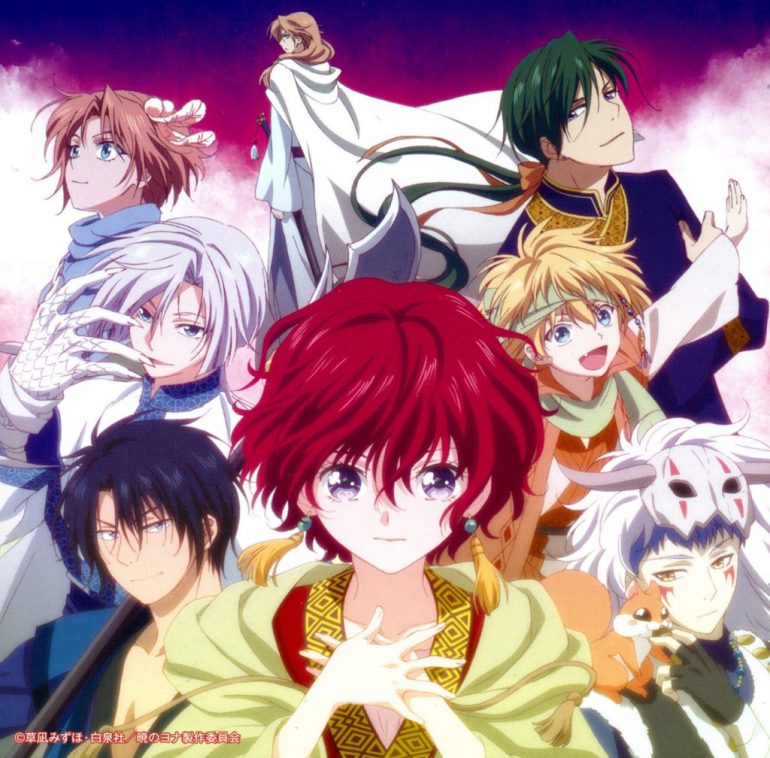 Yona of the Dawn: Will There be a New Season?

Yona of the Dawn (also known as Akatsuki no Yona in Japanese) is a fantasy anime television series which is based on a manga series of the same name. Written and illustrated by Mizuho Kusanagi, the manga was first published nearly a decade ago on August 5, 2009, and new volumes are being published to this day.

Years after the initial publication of the series, Studio Pierrot announced plans to adapt it into an anime television series, and Season 1 of Yona of the Dawn made its way to viewers’ screens on October 7, 2014. It was an immediate hit among fans of the manga series and new viewers alike. There was no sequel that was made to this anime and fans are still living in prolonged pain. Since then, fans have been eagerly waiting to hear news on a second season.

The anime series revolves around the theme of betrayal and vengeance and has managed to portray these themes very artistically and beautifully. In this article, we will talk all about the release date and the possibility of a new season, and many more interesting facts about the show.

Mizuho Kusanagi is the woman behind the fantasy shoujo series ‘Akatsuki no Yona.’ The manga is renowned worldwide and is also popular in Japan. Her writing redefined the shoujo genre in general.

She has been remarkably constant with her new volumes; she writes three volumes per year, which is very impressive. Currently, Kusanagi is working on the 33rd volume of the series.

Will there be a second season for Yona of The Dawn?

Based on the latest update, FUNimation or Studio Pierrot hasn’t unveiled any news regarding the renewal of the season. For now, the chances are slim, but all hope isn’t lost. Three factors play a significant role in the decision of whether the show will have a second season or not, those factors are namely, popularity, sales and source material.

As far as the popularity goes, it has taken a dip and the hopes of the fans are crumbling every passing year. But still, people do believe a second season will happen sooner or later.

Now coming to the sales, the sales have been modest in general, but keeping in mind that it’s a shoujo manga, the sales were quite high in that respect. According to our speculations, the latest volume sold 135000+ copies.

And finally, as per the source material, our research showed that there’s enough source material for at least three more seasons, so if one’s ruling out the happening of a second season on that basis, it’s just not possible.

In all, we can assume that there are two possibilities, either there will be a second season or the whole show might get a reboot later on.

Yona of the Dawn Plot:

The show is set in a fictional land which appears to have a mixture of Japanese, Chinese, and Korean cultures. In this setting, the show follows the adventures of Yona, the sole princess to the Kingdom of Kouka, and is a tale of revenge and redemption.

When the show starts off, Yona is shown to be living a carefree and happy life in the Hiryuu Castle as a princess, sheltered from the outside world by her father, the King of Kouka, and her childhood friend and bodyguard, Hak. However, Yona’s life gets turned on its head during her sixteenth birthday party, when her childhood friend and love interest, Su-Won comes to pay tribute to her. Flattered at Su-Won’s arrival, Yona heads to her father’s chambers to tell him that she loves Su-Won. However, when she reaches the chamber, she is horrified to see Su-Won murdering her father for the throne. As Su-Won seizes power in Kouka, Hak intervenes and saves Yona from certain death, and they escape the castle and head to Hak’s birthplace, the Village of Wind. 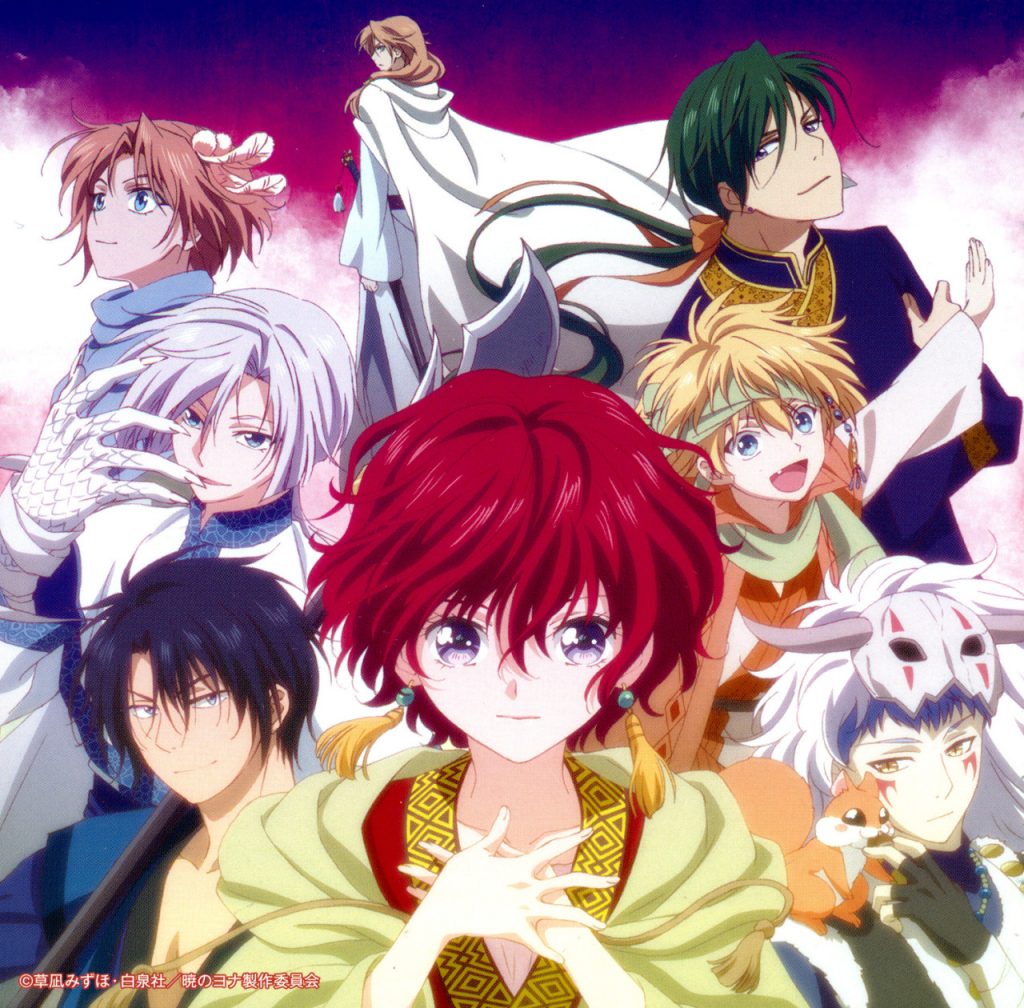 At the Village of Wind, Yona meets Hak’s grandfather, Son Mundok, who advises them to search for a priest named Ik-Su. When they find the priest, he recounts the legend of the first king of Kouka, Hiryuu, and the Four Dragon Warriors who had once unified the Kingdom of Kouka. Inspired by the tale, Yona and Hak, accompanied by Ik-Su’s assistant Yun, embark on an epic quest to find the descendents of the Four Dragon Warriors so that they can survive Su-Won’s tyrannical reign and save the kingdom from ruin.

Yona of the Dawn Characters:

Yona of the Dawn has dozens of characters, and among them, four characters are central to the plot of the show. Below, we’ve provided you with a brief background on each of the main characters in the show.

Yona: The main female protagonist of the show, Yona is the princess of and only heir to the King of Kouka. When Yona is growing up, she leads an extremely sheltered life, and as a result, grows up to be a spoiled brat. However, after her father is murdered by Su-Won and she is forced to flee a life of luxury, she starts changing, and develops into an independent and strong young lady. Over the course of the show, Yona falls in love with Hak, but doesn’t express her feelings for fear getting teased by him.

Hak Son: The main male protagonist of the show, Hak is Yona’s childhood friend and bodyguard, and the former chief and general of the Wind Tribe. Famously known as the Thunder Beast for this savage fighting style, Hak is regarded to be the fiercest warrior in the Kingdom of Kouka. In the show, it’s shown that Hak is in love with Yona, but he doesn’t express it.

Yun: Ik-Su’s assistant, Yun is the third person in Princess Yona’s group, and is shown to be genius. Born in a Fire Tribe, Yun was taken in by Ik-Su, and has healing abilities. While he can say mean things every now and then, he is shown to be an extremely caring person.

Su-Won: Yona’s first cousin, Su-Won grew up with Yona and Hak. While he promised Yona that he would always be by her side, he also became best friends with Hak during childhood. Su-Won was also Yona’s first love, up until the point he killed Yona’s father – the King of Kouka – for the throne. While Su-Won mostly maintains the facade of a clumsy and carefree man, he is shown to be extremely ruthless and cunning. Although he kills Yona’s father and usurps the throne, he still cares for Yona and Hak, and tries his best to not pay heed to the fact that they are alive and coming after him.

In conclusion we can say that, our best guess is that Yona of the Dawn season 2 release date could fall sometime in 2020 or 2021. We’re keeping our ears open for news on Season 2 of Yona of the Dawn, and we’ll update this section as soon as we hear something reliable. Till then you can watch the trailer of season 1 right here: 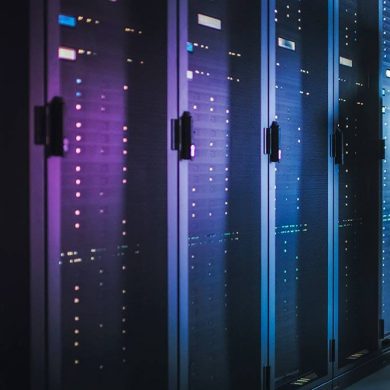