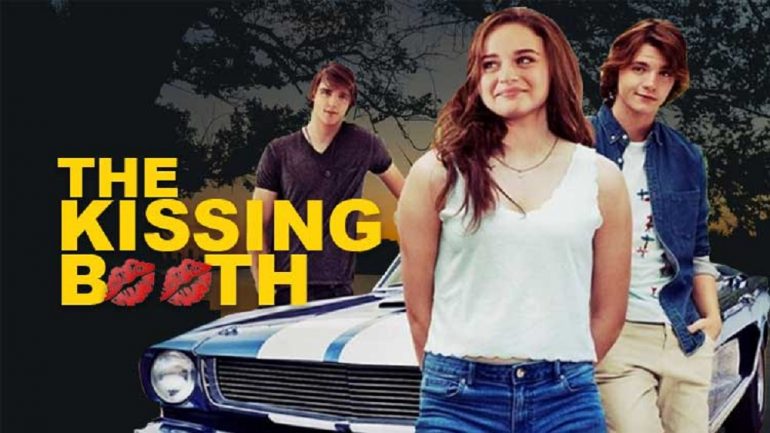 Directed by Vince Marcello ‘The Kissing Booth’ has announced its third season. The movie series is a teen romantic comedy that is adapted from a book with the same name by Beth Reekles. The film has received well by the audience. The first part was released on 11th May, 2018 on Netflix. A sequel ‘The Kissing Booth 2’ was released on 24th July 2020. On the day of its release, the cast announced ‘The Kissing Booth 3’, a sequel to the movie through their Instagram. The third sequel is in its post-production stage. So, let us find out some details regarding the movie.

The basic plot revolved around Elle, Lee, and Noah. The first and the second sequel showed the relationship developing between Elle and Noah and growing individually and also the friendship between Elle and Lee in their high school and them trying to figure out what they want to pursue in their life. The second part ended in a cliffhanger with Elle to decide whether she will choose Harvard to stay with her boyfriend Noah or choose Berkeley as planned since their childhood with her best friend Lee.

The coming part will focus on Elle and her journey to pick up a college and also maintaining the relationship between her boyfriend and her best friend. The story will follow Elle on making sure what she wants while making the decision, instead of thinking what others want. Marco was also introduced in the second part. We will have to wait to find out whether Marco will fight for Elle in the third film. The relationship between Lee and her girlfriend Rachel was also introduced showing Elle having issues with Rachel. We will have to wait for the third part to know what will happen.

The cast of ‘The Kissing Booth’ will be returning soon with their third part. All of them have already won our hearts with their stellar performances before. In the upcoming part, Joey King and Joel Courtney will be reprising their roles as Elle Evans and Lee Flynn respectively. Other characters will also be returning to portray their roles. Some of them are:

The official trailer for the movie has not been released but on 27th July 2020 an exclusive teaser for ‘The Kissing Booth 3’ was released on Netflix’s official YouTube channel. It has already crossed 8.9 million views. You can watch the teaser below.

The Kissing Booth 3 will be released in 2021. Even though no official date has been announced as of now, the fans do not have to worry that COVID will affect the release as the filming has been done and the movie is in its post-production activities. The movie has received a lot of love along with some negative critics but the cast feels the sequel will do well. We will have to wait to find out the chemistry between the characters. We will update the dates as soon as we get any details or information. Till then, stay tuned and stay safe.

Asus ROG Zephyrus Duo 15 All You Need To Know!