Cupertino-based Apple Inc. faces tough scrutiny in the legal battle that Epic Games faces in a court in Northern California District. The legal dispute faces a Chinese-owned software distributor against the popular smartphone and computer maker, whose exposition to the Chinese market and regulations is evident as they rely on that country’s vast industrial park for parts and assembly of their worldwide coveted devices.

Chinese-owned company Epic Games, subsidiary of gaming giant Tencent sued Apple in a US court for violation of antitrust law. Representing Tencent in the US Justice system is a former lawyer that ran the Antitrust Division in the Obama Era Department of Justice. Tencent is also in the crosshairs of the United States government after the Trump administration issued —with a heavy hand— an ultimatum to one of Tencent’s instant messaging apps.

Apple is no stranger to government scrutiny, in July, US lawmakers questioned Tim Cook, Mark Zuckerberg, Sundar Pichai and Jeff Bezos on anticompetitive behavior. Apple gets to set its terms of the profitable iOS App Distribution Market, imposing a hefty 30% tariff on all in-app purchases. This amount raised eyebrows within DC lawmakers that inquired on such issues. Also, Apple had to answer for the allegations that claim that the company punishes its competitors. 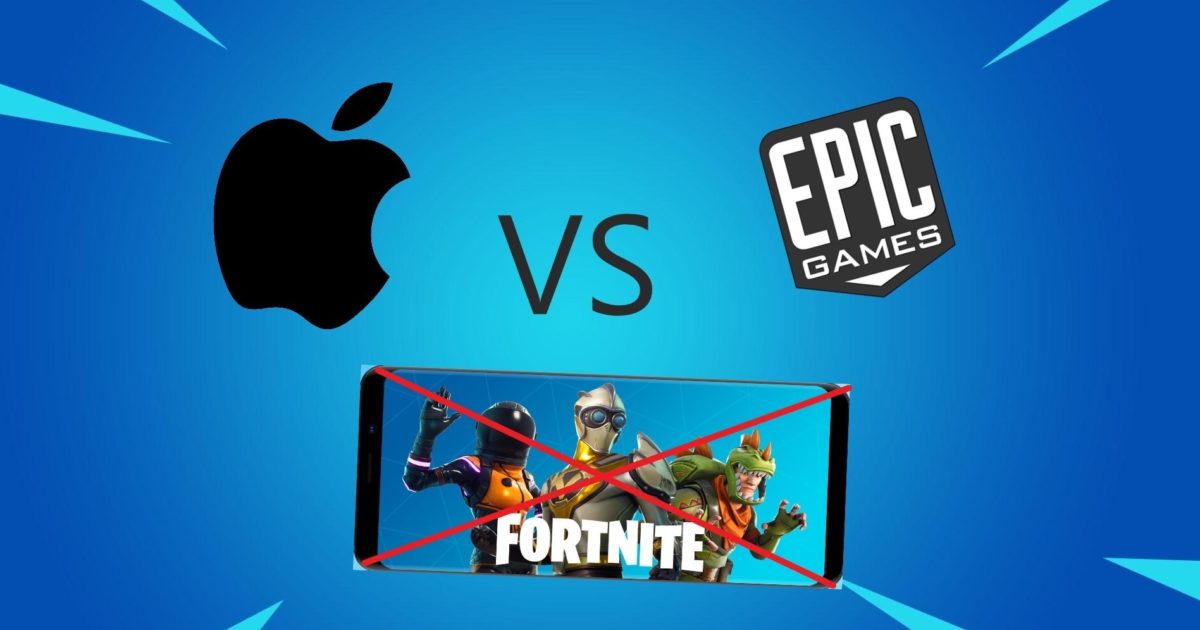 Epic Games Claims in Court They Want To Compete

The Fortnite-parent company claims in a US court that the 30% tax that Apple imposes in its App Store is extortion, as it harms consumers’ interests. Epic Games argues that it can provide a better alternative to Apple’s App Store payment system and offer a better shopping experience. Apple iOS users must download Fortnite directly from the App Store rather than use the Epic Games platform to process payments and download the game. Epic Games managed a way to offer the in-app purchase of its in-game currency “V-Bucks” circumventing Apple’s App Store payment system. A move that caused Fortnite’s removal from the Apple platform and this legal battle.

A security flaw detected in early January 2019 exposed the private information of gamers. Chat logs, payment information, background conversations, and personal account data were susceptible to a major security flaw detected by a cybersecurity consulting firm. In August 2018, Epic Games had to fix another security flaw with its installer in the Android environment after Google’s internal staff discovered that users could have downloaded a fake copy of Fortnite.

Deliberate or not, the repeated failures of Epic Games in providing its massive customer base with a decent security framework for their private information is a serious enough accusation against them. Still, that fact might not be a talking point in favor of Apple’s defensive arguments as they face Epic Games in court.