Disney’s live-action remake of their 1998 film Mulan hits the popular streaming platform in just two days. The new film stars Jet Li, Donnie Yen, and Liu Yifei. Set for Friday, September 4, 2020, Mulan will be Disney Plus’ attempt at pay-per-view —called Premier Access— inside their streaming platform. Disney fans will be able to enjoy this production in 4K HDR with Dolby Atmos sound.

Mulan will be available for Disney Plus subscribers in North America, Australia, New Zealand, Europe, and the UK. Still, a basic subscription won’t be enough, because if you want to stream Mulan this Friday, Disney will charge you $29.99 US dollars, as they test Premier Access, an equivalent to Pay-per-view in their streaming platform, a marketing move that will help boost revenue for the film as cinemas are now hampered in their attendance capacity as they adapt to the new normality arising from a post-coronavirus-wracked world.

Unlike classic TV pay-per-view, those willing to pay the thirty dollars it costs to stream Mulan get to keep and stream any time they want the movie. Premier Access is a new addition to the Disney Plus catalog streaming service. Mulan is the first in a line of movies that will be featured in Disney Plus and will be available for the general Disney Plus public this year. Productions like Black Widow or The New Mutants will likely appear in the platform as Disney Plans to chip away at the streaming service competition with a massive catalog.

Disney Plus features all of Disney’s productions, including series, documentaries, and spin-offs, it also has the entire Star Wars catalog, as well as National Geographic and Marvel productions.

Disney Plus’s Premier Access feature could be a stepping stone for many modalities in content distribution, as Disney could offer movies in early access or offer them available for physical purchase in other platforms like Amazon or iTunes. Because streaming platforms and consumer behaviors are changing thanks to the new normality, Disney plans to slowly roll out new features to its services in hopes of capturing the attention of many streamers.

Disney Plus among main Streaming Competitors

Streaming wars are big. Companies like Netflix, Amazon, Apple, Hulu, Crunchyroll, Funimation, and Disney Plus are playing against each other in the on-demand content streaming market. Sales for these companies skyrocketed in late 2019 and 2020 as millions had to stay at home as they complied with the global lockdown to tackle the pandemic. With its family profile and vast catalog, Disney Plus is a big competitor and player in the streaming entertainment industry segment. A niche that’s also changing as analysts scramble to analyze consumer behavior patterns, trends like Disney’s Premier Access are testing grounds for other consumer modalities. 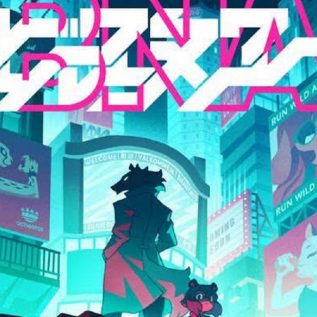 Netflix’s BNA Season 2 Details All We Need To Know