Asus is well known in computer hardware sectors because of its great lineup’s. Asus ROG (Republic of Gamers) series is pretty famous within the gaming community. other than ROG Asus also have Asus TUF and Asus Dual series. These are the Asus series in the computer hardware section, other than this Asus also have gaming peripherals. Recently Nvidia announces its 30 series graphics cards and in addition to its lineup of new Strix, TUF Gaming and Dual series graphics cards powered by the Nvidia GeForce RTX 3070, 3080, and 3090.

To keep up with the growing need of the gaming community and to keep up with the Nvidea RTX 30 series Asus unveiled a whole lineup of new and enhanced gaming products. These include two monitors, a keyboard, a mouse, a mouse surface, a headset, a PC cooling fan, and a high-speed Wi-Fi router. The Asus ROG new products will become available globally in a few weeks. Asus is also doing a live stream even that Asus is calling “Meta Buffs” to target the gamers who want to level up in terms of performance and features.

Asus has also a step ahead in the gaming community and with its new lineup and upcoming Nvidia RTX 30 graphics, Asus is soon going to set a new line for not only the gamers but also for the other companies as well. 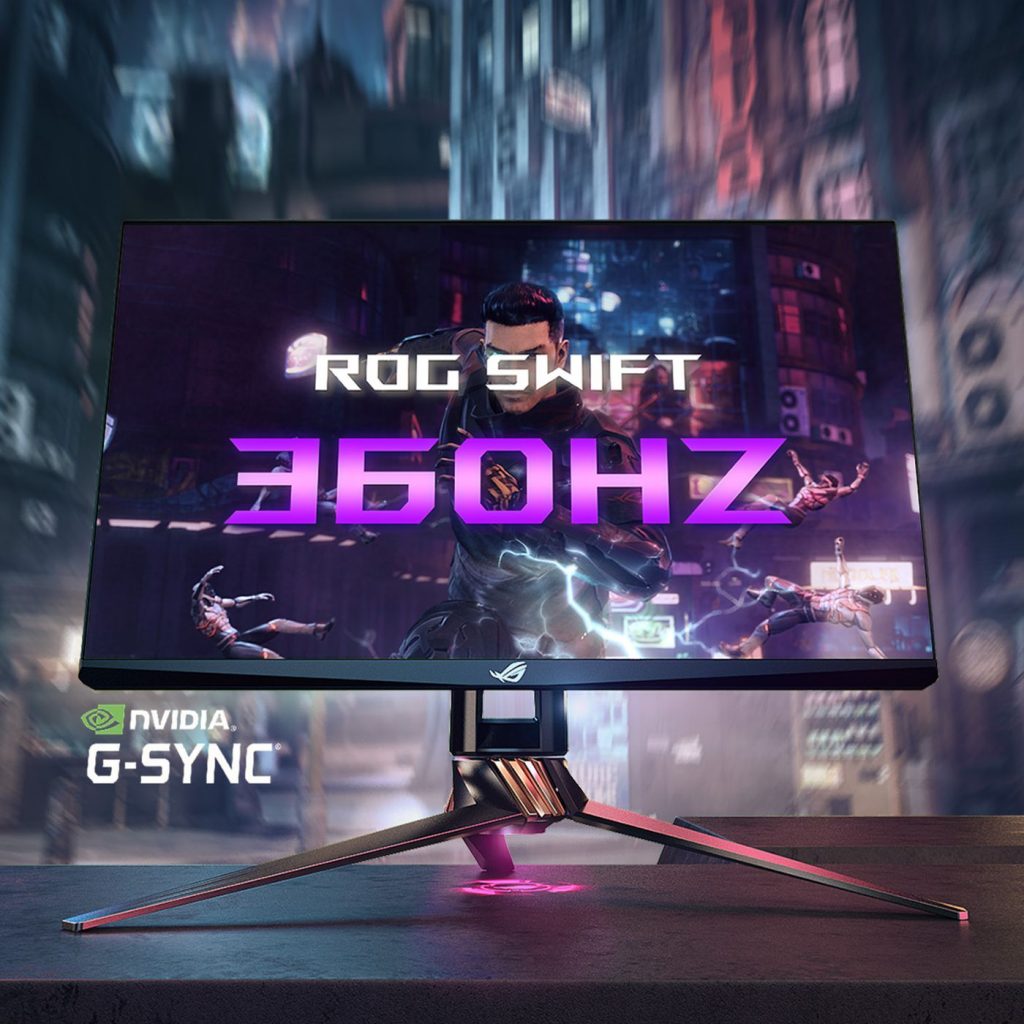 The new Asus ROG Swift 360Hz monitors PG259QN and PG259QNR are both 24.5-inch 1920×1080 pixel gaming monitors. Both the monitors have Fast IPS panels and are aimed at esports enthusiasts and professionals. Both the monitors will have high sRGB percentage and will support Nvidia’s G-Sync as well as the HDR10 color output. Nvidia GeForce RTX 30 series will have new Reflex Latency Analyser and both the monitors from Asus are comparable with Nvidia new Reflex Latency Analyser. By analysing the latency between a mouse click and content on the display updating, the technology allows for games to optimise frame delivery for increased responsiveness, for example when targeting moving enemies or dodging projectiles.

Asus also announce one more monitor in ROG Swift series  i.e. ROG Swift PG329Q its a 32-inch QHD 2560x144o px monitor with a 175Hz refresh rate this monitor also have Fast IPS panel like the other variant PG259QN and PG259QNR. Asus ROG Seift PG329Q is aimed at those who want a large monitor for creative work as well as gaming. This monitor is targated for bothe the gamers and creates, It offers 98 percent DCI-P3 gamut coverage and Extreme Low Motion Blur sync (EMLB) that works even with variable refresh rates.

In this 21 century gaming means RGB and Asus ROG series is one of the best in this category. The other Asus ROG new products a keyboard, a mouse, a mouse surface, a headset, a PC cooling fan will give you best perfomence with the RGB.

This is all we have for now also check our recent article Walmart Plus.

‘Dynamite’ BTS is Breaking All Records, Now in Top US 100 Charts!

'Dynamite' BTS is Breaking All Records, Now in Top US 100 Charts!