After the Tiktok got banned in India by the Indian government, due to the suspicion of privacy breach by a Chinese popular video-sharing app TikTok, the US government under Trump Administration also decides to remove the App from the smartphones app stores around midnight. The judge, Carl Nichols of the US District Court for the District of Columbia, did not agree to delay the later ban.

The ruling followed an emergency hearing on Sunday morning. Lawyers form TikTok argued that the administration’s app-store ban would violate the First Amendment rights and do irreversible harm to the business. A federal judge postponed a Trump administration order on Sunday for banning Tiktok from the US. The ban remains scheduled for November, which is about a week after the presidential election.

TikTok said in there statement, it was satisfied with the court ruling and proceeded to work to turn its deal proposal into an actual agreement. Initially, both the US government’s brief in the case and the Sunday morning hearing were also due to be sealed from the public, although the court later relented.

Judge Nichols did not explain his thoughts publicly and instead filed his judicial opinion under seal. TikTok lawyer John Hall said as an argument to Judge Nichols that TikTok is more than just an app since it functions as a “modern-day version of a town square.” 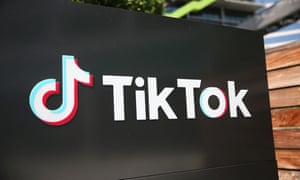 TikTok lawyers argued that a ban on the App would harm the ability to secure new talent as App helps tens of thousands of potential viewers and content creators to express themselves every month.

The Commerce Department, responsible for the specific orders banning TikTok, said it would comply with the judge’s ruling but aims to defend the administration’s attempts against the App actively.

“This is the most immediate national security threat,” argued Schwei. Schwei also argued that TikTok lawyers failed to prove the company would suffer irreparable business harm. It is a threat today. It is a risk today, and therefore it deserves to be addressed today even while other things are ongoing and playing out.”

Trump has given pending approval to a proposed deal in which Walmart and Oracle could initially own a combined 20 percent of a new US entity, TikTok Global. ByteDance said last week that it will still own 80 percent of the US entity after a financing round. Oracle, meanwhile, said that “Americans will be the majority and ByteDance will have no ownership in TikTok Global.”

China’s foreign ministry has said the government will “take decisive measures” to protect its companies but gave no sign of what steps it can take to affect TikTok’s fate in the United States.

The Chinese firm said the president doesn’t have the authority to take these actions under the national-security law he cited; that the ban violates TikTok’s First Amendment speech rights and Fifth Amendment due-process rights; and that there’s no authority for the restrictions because they are not based on a national emergency.