by Payal
in Movie Posts
0

In this article, we will be discussing more Avatar 2 Filming Finished. 2009 released Avatar was an American epic science fiction film. Avatar was written, produced, and directed by James Cameron. Avatar name refers to as a genetically engineered Na’vi body which was operated from the brain of a remotely located human and that is used to communicate with the natives of Pandora.

Writer, producer, and director Cameron has already been stated in 2006 that if he gets success in “Avatar” then he will definitely go for a sequel. After seeing the widespread success of Avatar, Cameron finally announced the first two in 2010. Earlier, the Avatar was supposed to get released in 2014. But the following three more sequels and was needed to develop technology to capture the scene underwater, the crew was needed with sufficient time to work on writing, pre-production, and visual effects, and hence it led to more delay. 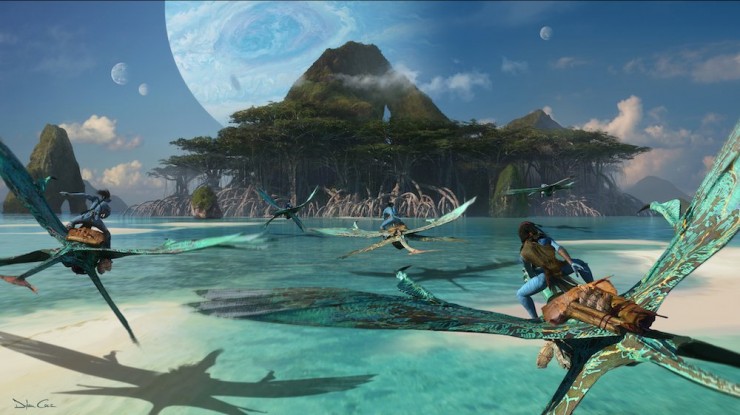 Followed with Principal photography side by side, the primary shooting of Avatar 2 started on 15th August 2017 in Manhattan Beach, California. Whereas Avatar 3 on 25th September 2017 in New Zealand. Finally working three years on shooting they concluded the film in late September 2020.

While talking with Arnold Schwarzenegger, Cameron said they had done with the filming of Avatar 2. He also shared that the principal photography for Avatar 2 is done and the Avatar 3 which was shooting back to back got done about 95%. He also stated that due to the COVID pandemic the released date of Avatar 2 got delayed by one year. COVID hit them like others and they had lost around 4 and a half months of production, Cameron said.

He also shared that he and his crew members are fortunate that they decided to shoot in New Zealand, as he was very happy to see the good response to fight against coronavirus from New Zealand resulting to work on the film in a safe environment. Finally, the released date got fixed which is on 16th December 2022 for Avatar 2, following with the next 3 sequels to be released on 20th December 2024, 18th December 2026, and last 22nd December 2028 accordingly.

Like before, Sam Worthington, Zoe Saldana, Giovanni Ribisi, Dileep Rao, Stephen Lang, CCH Pounder, Joel David Moore, and Matt Gerald all will be returning back on Avatar 2. In this sequel, you will get to see the new different roles of Sigourney Weaver. The new cast members who will be joining these guys are Edie Falco, Cliff Curtis, Kate Winslet, Michelle Yeoh, Brendan Cowell, Oona Chaplin, Jemaine Clement, Cj Jones, and our favorite Vin Diesel too. The story says old threat will get back to finish what was started resulting in Jake and Neytiri who wanted to stay together being a family, forced to leave their home, and explore the different places and regions of Pandora.

Avatar was the biggest hit of 2009 until Avengers: Endgame re-released in theatres. In terms of worldwide returns, it was the highest-grossing film of all time. So the expectation and excitement of the audience are so high. As per Cameron’s words, we can hope for the best of Avatar 2. For more updates, stay tuned with us.

Harley Quinn Season 3: Release Date Is Set to be Announced – Plot and Recap