by Payal
in Movie Posts
0

The work of this series has started after the film Avenger: Endgame which was released in 2019. From the film series, Anthony Mackie and Sebastian Stan have repeated the roles as Falcon And Winter Soldier accordingly. Earlier Marvel studio was creating some limited series for Disney, later in October 2018, they have hired Spellman to write Falcon And Winter Soldier. In April 2019 they had officially announced about the confirmation of this series and later after a month they had hired Skogland as a director. 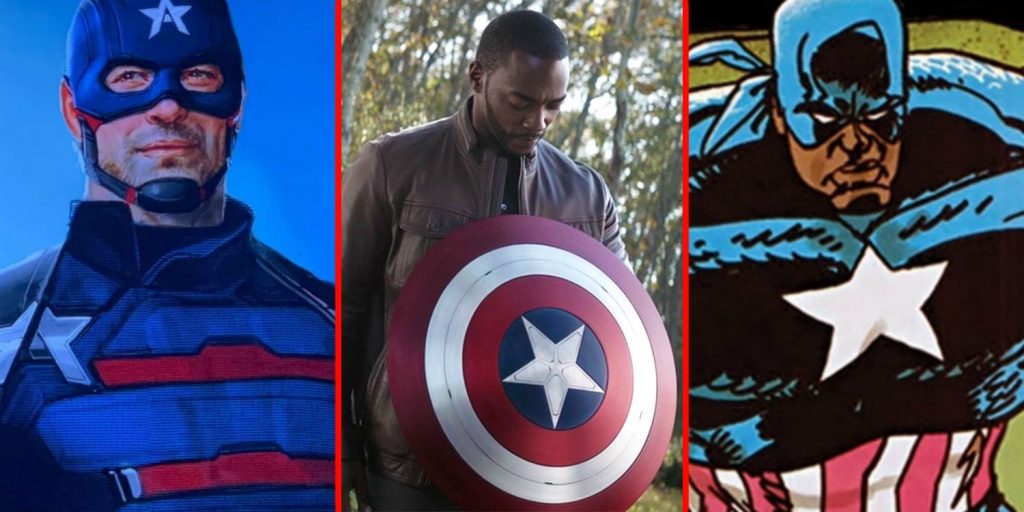 In October 2019, the filming of Falcon And Winter Soldier has begun. It started filming in Atlanta, Georgia. But due to the COVID worldwide pandemic, production got suspended in march. Recently we have heard that the production has been resumed now in September 2020 in Atlanta.

At the end of Avenger: Endgame we had seen Steve Roger returns all infinity stones to their respective places and come back to his live location to stay with Peggy Carter for the rest of the life. Also, we had seen Roger passing his shield to Sam Wilson who will be playing the Falcon role in Falcon And Winter Soldier.

After seeing this, we were thinking that our Falcon will become the next Captain America. But as per the some leaked images and some rumors heard of the show Falcon And Winter Soldier, we got to know that Falcon won’t be the next Captain America rather John Walker is, who also known as the US agent. Why this is because the US agent is itself is a Captain America of the US. As we know Falcon was in Captain America’s team. Even though Roger has handed over the shield to Falcon but Captain America’s title was given by the American government. So because of some rules government won’t give the title to Falcon. Here we will get to see the Civil War villain Barren Zimo. So here Zimo will be doing Walker’s brainwash and it will be led to performing bad things by Walker as a Captain America. If we talk about the plot of Falcon And Winter Soldier, then this will be the plot where Falcon and Winter Soldier will be fighting to stop the walker’s bad activities.

This series will be of total 6 episodes and in the last episode, we will get to see that Falcon finally got the shield back and the American government will also accept Falcon as a Captain America and understood that no one can replace him. As per the rumors heard, in Falcon And Winter Soldier we will get to see Steve Roger for some episodes and his role will be to guide Falcon and Winter Soldier. As per this all news we can consider there will be much more in Falcon And Winter Soldier to see. This series is scheduled to be premiered in 2021. For more details, stay tuned with us.