by Srishti
in Entertainment, Television News
0

Today we are going to discuss the 2017 crime drama, Money Heist, and the upcoming Season 5 that has resumed its shooting. Money Heist created in the Spanish language is also called La Casa de Papel means ‘The House of Paper.’ Directed and produced by Alex Pina, the series is set in Madrid, where an unknown criminal mind named ‘Professor’ lays the plan of a heist. In the previous four seasons, a group of 11 people, each named after a particular city, joins hands. To unleash the most nerve wrenching adventure of a heist whose primary motive is not just money. Apart from the four seasons, fans were waiting for its fifth installment, and hence, the shooting was halted by the ongoing merciless COVID. However, its characters and the red attire won many hearts, while the Professor’s character captivated the audience’s attention in all the episodes.

The abrupt ending created a buzz in the general public. To finish the unfinished, Money Heist Season 5 resumes shooting under new guidelines to release on Netflix.

Falling under the mystery and suspense genre, the show ‘Money Heist’ is all set to return with a bang. While the show has resumed shooting for Season 5, the main cast especially, The Professor, will be present with his signature glasses. The shooting was supposed to start earlier this year. However, due to the global pandemic situation, the entertainment industry faced a huge setback. The creator and the production team started the first season in January 2017 with low viewership. Much to their surprise, the show became a huge success. Interestingly, one day they had to stop shooting because of the mad crowd who were excited about seeing their favorite characters in front of their eyes.

Breaking the stereotype of a vulturous villain, Alex Pina decided to paint The Professor as a charismatic and a shy villain. Produced under Vancouver Media’s banner, several main characters have a distinctive characterization from one another. Alvaro Morte as Sergio (The Professor), a robber betrayed by her mother, Ursula Corbero as Tokyo, and fearless Miguel Harran as Rio will be seen in the frame. While the inspector later changed to a robber, Itziar Ituno as Raquel Murillo (Lisbon), Jaime Lorento as Daniel (Denver), will be seen. Much to our surprise, a pregnant inspector named Alicia Sierra, played by Najwa Nimri, plays the villain’s character. Till now, only these names have been confirmed, or that is what we are anticipating till now. 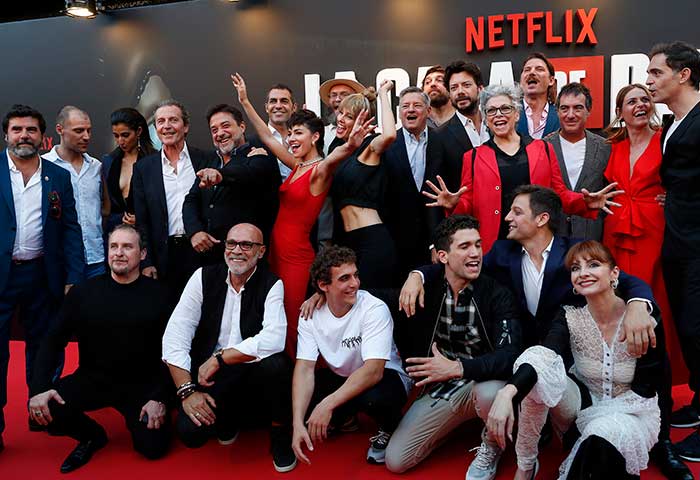 Production, Casting, and Much More:-

With a running time of 60 minutes, ‘Money Heist’ is a treat in itself. With the charming cast and instinctive screenplay, this series holds a ground of its own. Apart from the characters, Tokyo serves as the unstable narrator who forgets to highlight what is essential. With an iconic mask of the Spanish painter, Salvador Dali, and the red attire designed by Iratxe Sanz. Primarily based in Spain and Italy, the theme song Bella Ciao has received global recognition.