by Srishti
in Entertainment, Television News
0

Today we are going to talk about DC’s project, Young Justice, and its upcoming season 4, which will be released on HBO Max. HBO Max is a premium streaming service that has also taken Titans under its wing. Titans Season 2, Stargirl season 1, and Young Justice Season 4 stand proudly under the “Coming Soon” section of HBO Max. The DC Universe has decided to transport its future projects under HBO Max’s banner. The Young Justice series is based on the protege of other famous DC characters like Batman, Aquaman, Flash, and many others.

Developed by Brandon Vietti and Greg Weisman, this American television series exclusively falls under the genre of superheroes. Young Justice is not a direct adaption of the Young Justice Comics and is modified by the DC Universe. Despite its indirect adaption, the superhero animated series is for the teenage audience, who can understand the plot’s intricacies. On September 18, 2020, DC Universe announced the migration of its series on a new streaming platform, HBO Max.

The series creators Vietti and Greg worked towards the fourth installment of the season and titled it “Young Justice-Phantoms.” Starring Jessy McCartney, Khary Payton, Jason Spisak, Nolan Noth, Danica McKellar as the main cast of the series. Originated in the United States, the series is produced under the banner of DC Entertainment and Warner Bros. However, after releasing the second season of the series, the release of the fourth season, “Young Justice- Phantoms,” was canceled. On September 18, 2020, it was announced that season 4 will now premiere on HBO Max.

Short Recap of the Last 3 Seasons:-

The season 1, titled “Young Justice,” was created by Greg Weisman and Brandon Vietti was released on November 7, 2016. With 26 episodes, running an hour-long, this series highlighted the characters like Robert, Kid Flash, Aqualad, Speedy, who are invited by their mentors. The season ends when the members realize that one of their mates is a traitor infused with alien screen time. The Second Season, titled “Young Justice: Invasion,” showcases the leap of five years. The season highlights the attack of aliens on Earth, resulting, Young Justice beginning to lose people’s faith. The season revealed that Aqualad was working between the Light and the Reach. Aqualad attempts to prove that after all these years, Light is the traitor. The season ends with “business as usual,” quoted by Vandal Savage.

However, in the third season, Young Justice: Outsiders, the new characters were introduced in the season. The season ends with Geo-Force’s search finding his long lost sister, Terra’s whereabouts that still remain a mystery. In the fourth season, we can expect a revolutionizing plot that would reveal certain mysterious sub-plots that have caught our eye. 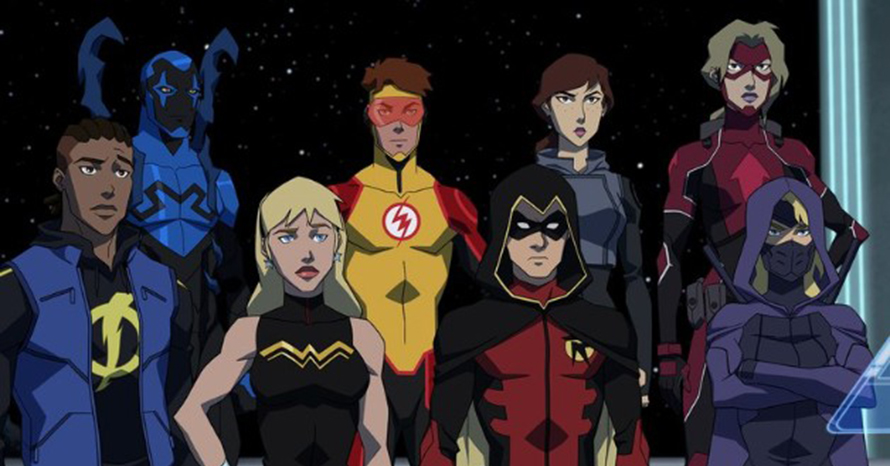 Although no confirmed list of names has been issued, we are vouching for the main cast to remain the same this season. Jesse McCartney as Dick Grayson (Robin), Khary Payton as Aqualad, Jason Spisak as Kid Flash, and Nolan North as Kryptonian will be seen. Therefore, Danica McKellar as Miss Martian and Stephanie Lemelin as Artemis Crock will be featuring this season.