Today we are going to discuss Odisha’s introduction to a Web portal to support inter-caste marriages across the state. To spread the message of social harmony, Odisha chief minister has launched a Sumangal portal where the inter-caste couples will be getting hike from the portal.

The Eastern Indian State, Odisha, also called Orissa, where the population of Dalits and other backward classes reside. On Tuesday, CM Naveen Patnaik announced an incentive for the couples to avail with 60 days of application. However, in 2017 the incentive was from Rs. 50, 000 – 1 lakh and, finally, the incentive has been increased to Rs.2,50,000. The Indian state has increased the incentive to encourage its citizens to support inter-caste marriage where either the groom or bride will be of a backward class. Odisha CM felt this initiative would eradicate the prejudices and abolish the belief in Varna System, which somehow drew distinctions between people’s hearts. 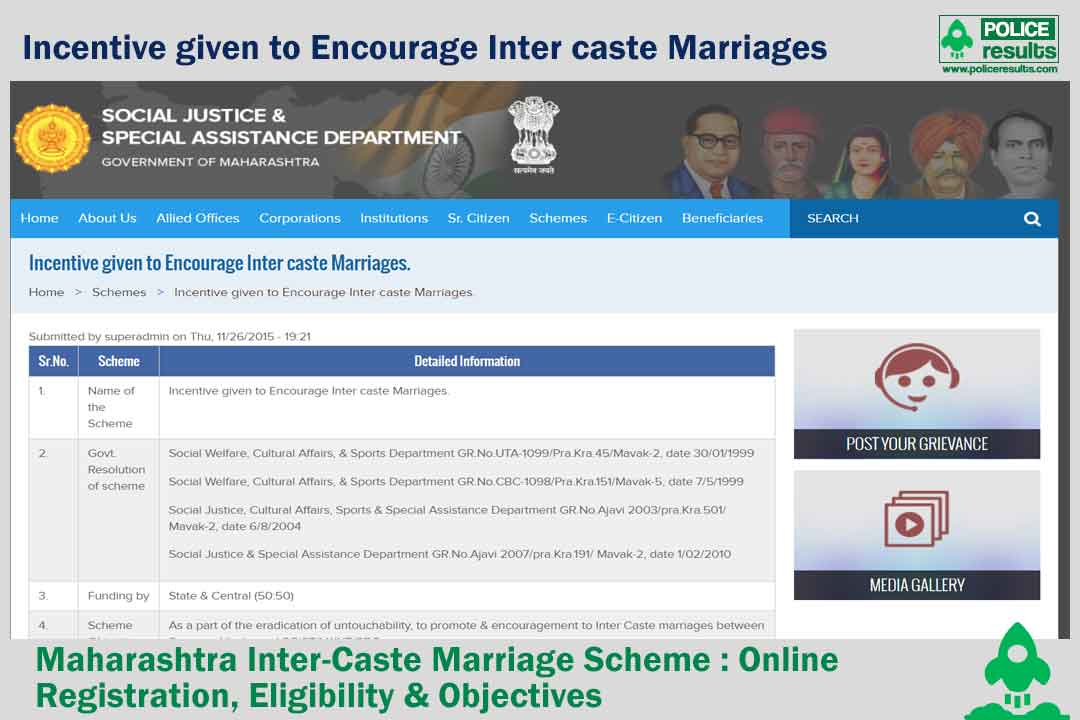 According to the scheme, a marriage will only be considered for the incentive when one belongs to a backward class. To avail of the service, the couple should register and will have to be true to their bond. It is a great initiative and can be bliss for the people who face mundane societal norms due to their classes. However, in the situation of a widow or widower, the second marriages will be considered for this incentive. Thus, the incentive will only be granted when a single wedding of the groom or bride is done. The government has also announced that the money will be deposited in their joint account of any nationalized bank. In case, at any point, the marriage is declared annulled, or the couple takes divorce, the deposition of the incentive will end simultaneously.

As 17 percent population in Odisha are Dalits, the economic background will not be considered as the basis of applying the form. The married couple will be considered as the decision-makers of the money and can buy land, house, or invest the money as per their preference. In the year 2019, around 658 inter-caste marriages have been registered on the portal.

Odisha is not the first to introduce such schemes to regulate social integration and harmony among various classes. In 2018, in Haryana, Mukhyamantri Samajik Samarsta Antarjatiya Vivah Shagun Yojana was regulated, which allowed Rs.1.01 Lakh incentive. According to the scheme, the incentive could only be given when a Scheduled caste individual marries a Non-Scheduled caste individual.

Additionally, in 2006, Rajasthan’s government was the first one to devise the scheme, under the Dr. Savita Ben Ambedkar Inter-caste Marriage Scheme. While providing economic aid to the individuals, the scheme released an incentive of up to 5 Lakhs. However, soon the news spread that only half the amount of money will be given, and the remaining would be deposited. Considering the incentive, a survey was conducted over 4, 20, 000 rural and urban households. The survey revealed that even after the government’s efforts, there are areas that believe in the Varna system and the eradication of minor tribes. To conclude, India is a diverse country, and it’s time we should accept this gracefully.