Where To Watch Kung Fu Panda: The Dragon Knight?

The true warrior is back to entertain us again. Our cute panda is set to return with Kung Fu Panda: The Dragon Knight. If you expect it to be just like the DreamWorks movies, then you are wrong as it is much more than that. The journey that started in 2008 is going to take a very interesting turn. Nobody could think that the clumsy panda, who was just good at being cute, could save the valley and become the deadly warrior.

The most important thing that he has done in his journey is to impress the martial arts trainer, Master Shifu. Po’s story was loved by the audience, and the film was critically acclaimed. It was such a huge success that we witnessed its two sequels: Kung Fu Panda 2 and Kung Fu Panda 3. Apart from these movies, the creators gifted us with two animated series, “Kung Fu Panda: Legends of Awesomeness” and “Kung Fu Panda: The Paws of Destiny.” Now, they are back again with a Kung Fu Panda series.

In this new installation to the Kung Fu Panda franchise, we will get to see a much better Po’s world. Nothing is going to be the same as lighthearted as the other installations of the series. Jack Black, who gives his voice to the protagonist, Po, is coming back to the franchise after 2016. The Kung Fu Panda series was already released on July 14, 2022, and is gaining love from the fans. Directed by Shaunt Nigoghossian, the series takes us on the much darker journey of Po. The series starts with the inspiring story of a rolly-polly cute panda becoming a warrior. Yes, we have heard the story numerous times, but each time it gives goosebumps. 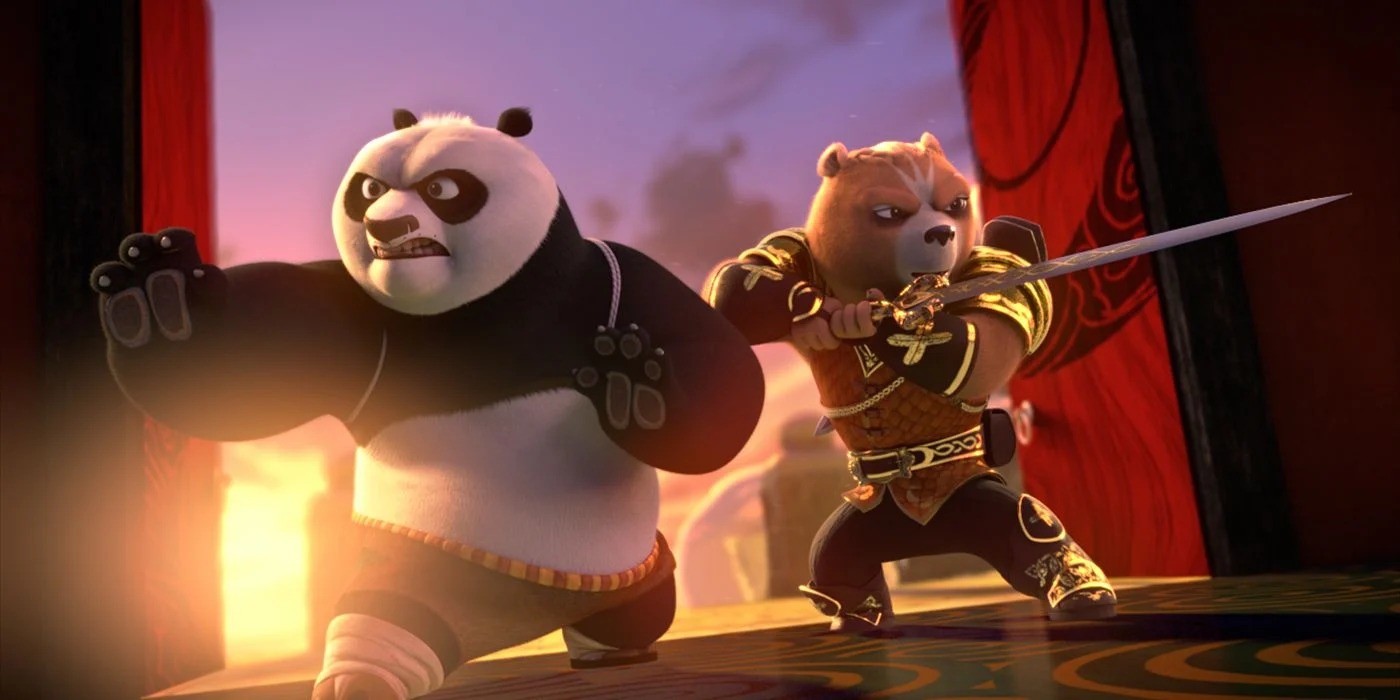 Po is not looking for any adventure and living his life in peace. He decided to go to China to relax and eat his favorite dumplings and noodles. In the Kung Fu Panda series, Po reaches China and then to “fat gobs” restaurant. The clumsy warrior is waiting for his fat gobs, and then the brawl occurs. Two weasels try to steal a powerful glove, “gauntlet.” However, things took a tragic turn when Po accidentally destroyed the village by gauntlet in an attempt to save it. Kung Fu Panda: The Dragon Knight revolves around the journey of Kung Fu Panda to find the four powerful weapons before they go into the wrong hands

The Kung Fu Panda series is streaming on the OTT platform, Netflix. To watch the series, you have to take a Netflix subscription. And trust us, it is worth every penny. Along with Kung Fu Panda: The Dragon Knight, you can watch hundreds of worldly recognized shows and series. Watch Po going on a quest of his life and trying to fix the ruined village and his reputation. In his journey of redemption, he will meet an English knight, Wandering Blade. These two warriors are entirely mismatched. It is almost like one is the opposite of the second. Their adventures and struggles of working together are worth watching.