Patrick Swayze Net Worth and House

Patrick Swayze would be 70 years old yesterday if he was still alive, we fans are missing him very much and his acting performance, dancing, and singing. Swayze was multi-talented and is well known and acclaimed for playing many distinctive roles, mostly romantic and also comedic sometimes. You guys also must be wondering what Swayze’s net worth might be if he was still alive and what he left for his close ones after he passed away.

Hold your horses, we will be discussing this in the article but first, let me give u a brief about this whole-heartedly loved actor. Patrick was named ‘Sexiest Man Alive’ in 1991 by PEOPLE magazine. He was also nominated for “Golden Globe Award for Best Lead Actor in a Motion Picture – Comedy or Musical” three times for his groundbreaking performance in Dirty Dancing, Ghost, and To Wong Foo, Thanks for Everything, Julie Newmar.

Patrick Wayne Swayze was born on 18th August 1952 in Houston, Texas. His parents were Patsy Swayze and Jesse Wayne Swayze, his mother was a dancer, choreographer, and dance instructor. His father was an engineering draftsman. He had four siblings, one older sister, Vickie, two younger brothers, Don and Sean, and one younger sister, Bambi.

Swayze’s ancestor was Englishmen John Swasey and was from Bridport in Dorset he moved to Massachusetts during the Great Migration. Till the age of 20, Patrick was situated and lived in Houston, and for his studies, he went to the St. Rose of Lima Catholic School, then Oak Forest Elementary School, and went to San Jacinto College Central.

Patrick was diagnosed and was suffering from Pancreatic Cancer, for his treatment, he was subjected to chemotherapy. This therapy had an adverse effect on him as it also caused him pneumonia, and in January 2009, he was hospitalized with pneumonia, a week days later, he was released to rest at home. In April 2009, Doctors again told Swayze that his cancer had metastasized to his liver again, one of the reasons that people speculate about the development of the disease was his smoking habit. Patrick once said that he used to smoke 60 cigarettes a day, and he didn’t stop smoking even while his cancer treatment was going. On 14th September 2009, Swayze passed away at the age of 57. Patrick died after 20 months of getting his cancer diagnosed. Swayze’s Publicist confirmed that he died of pancreatic cancer to CNN. After his death, his body was cremated, and his ashes were scattered in Texas. 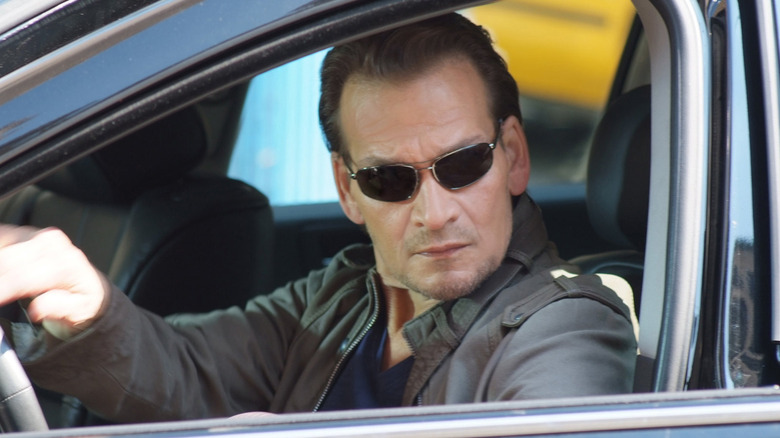 Patrick Swayze’s Net Worth And House

According to our sources, Patrick Wayne Swayze, at the time of his death, his net worth was estimated to be around $40 million. He used to own a 3000 square ft residence in San Fernando Valley that had a swimming pool, a horse corral, a hot walker, and a few other buildings too in 2015, the residence was sold for about $2.9 million in an off-market deal, and the money from the sale went to Patrick Swayze’s wife, Lisa Niemi.

Elton John’s Net Worth and Houses

Alec Baldwin’s Net Worth, and Much More

Alec Baldwin's Net Worth, and Much More